Chapter Six: The Glorious Martyrdom of Perpetua, Felicitas, and Friends of Christ

The Martyrs Go to the Amphitheater with Joy

The day of their victory shone forth. They proceeded from the prison into the amphitheater, as if to an assembly, joyous and of brilliant countenances. If by any chance they shrank back, it was with joy, not fear.

Perpetua followed with a peaceful look, with step and gait as a matron of Christ, beloved of God, casting down the luster of her eyes from the gaze of all. Felicitas rejoiced that she had safely given birth, so that she might fight with the wild beasts. She came from the blood and from the midwife to the gladiator, to wash after childbirth with a second baptism. 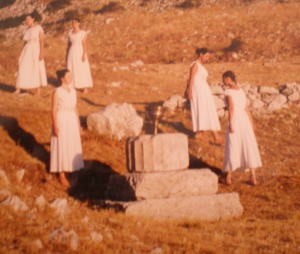 When they were brought to the gate, and were constrained to put on the clothing—the men, that of the priests of Saturn, and the women, that of those who were consecrated to Ceres—that noble-minded woman resisted even to the end with constancy. She said, "We have come thus far of our own accord, for this reason, that our liberty might not be restrained. For this reason we have yielded our minds, that we might not do any such thing as this. We have agreed on this with you."

Injustice acknowledged the justice. The tribune yielded to their being brought as simply as they were.

The Martyrs Threaten Their Persecutors Concerning the Coming Judgment

Perpetua sang Psalms, already treading under foot the head of the Egyptian. Revocatus, Saturninus, and Saturus threatened the gazing people about this martyrdom. When they came within sight of Hilarianus, by gesture and nod, they began to say to Hilarianus, "You judgest us," they say, "but God will judge you!"

The Martyrs Face the Beasts

But He who had said, "Ask, and ye shall receive," gave to them when they asked that death each one had wished for. When at any time they had discussed among themselves about their wishes concerning their martyrdom, Saturninus had professed that he wished that he might be thrown to all the beasts. Doubtless, he wanted to wear a more glorious crown. Therefore in the beginning of the exhibition he and Revocatus made trial of the leopard and upon the scaffold they were harassed by the bear. 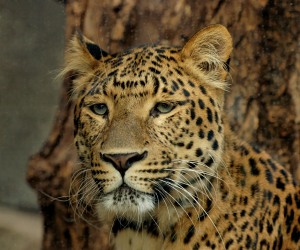 Saturus, however, held nothing in greater abomination than a bear, but he imagined that he would be put an end to with one bite of a leopard. Therefore, when a wild boar was supplied, it was the huntsman who had supplied that boar who was gored by the beast, and died the day after the shows.

Only Saturus was removed from the fray. Later, when he had been bound on the floor near to a bear, the bear would not come forth from his den. And so Saturus for the second time was recalled unhurt.

For the young women the devil prepared a very fierce cow, provided especially for that purpose, contrary to custom, matching their sex to that of the beasts. And so, stripped and clothed with nets, they were led forth.

The populace, however, shuddered as they saw one young woman of delicate frame, and another with breasts still dropping from her recent childbirth. So, being recalled, they were unbound.

Perpetua was first led in. She was tossed, and fell on her hips. When she saw her tunic torn from her side, she drew it over her as a veil for her middle, rather mindful of her modesty than her suffering.

So she rose up, and when she saw Felicitas crushed, she approached and gave her her hand, and lifted her up. Both of them stood together. Because the brutality of the populace was appeased, they were recalled to the Sanavivarian gate. There Perpetua was received by a certain one who was still a catechumen, Rusticus by name, who kept close to her.

She—as if roused from sleep, so deeply had she been in the Spirit and in an ecstasy—began to look around her, and to say to the amazement of all, "I cannot tell when we are to be led out to that cow." And when she had heard what had already happened, she did not believe it until she noticed the certain signs of injury in her body and her dress, and had recognised the catechumen.

Afterwards calling that catechumen and the brother to approach, she addressed them, saying, "Stand fast in the faith, and love one another, all of you. And do not be offended at my sufferings."

Saturus Prophesies the Manner of His Own Death

At the other entrance Saturus exhorted the soldier Pudens, saying, "Assuredly here I am, as I have promised and foretold, for up to this moment I have felt no beast. And now believe with your whole heart. Lo, I am going forth to that beast, and I shall be destroyed with one bite of the leopard."

Jesus spoke of a baptism he was to be baptized with. To the early church, this was the baptism in blood of a martyr.

Thus, the second baptism was highly desired and honored in the early churches.

Immediately at the conclusion of the exhibition he was thrown to the leopard. With one bite of his he was bathed with such a quantity of blood that, as he was returning, the people shouted out to him the testimony of his second baptism, "Saved and washed, saved and washed." Manifestly he was assuredly saved who had been glorified in such a spectacle.

Then to the soldier Pudens he said, "Farewell, and be mindful of my faith. Don't let these things disturb, but confirm you."

At the same time he asked for a little ring from his finger, and returned it to him bathed in his wound, leaving to him an inherited token and the memory of his blood. Then, lifeless, he was cast down with the rest, to be slaughtered in the usual place.

The Martyrs Are Crowned

When the populace called them into the midst, that as the sword penetrated into their body they might make their eyes partners in the murder, the martyrs rose up of their own accord and transferred themselves wherever the people wished. First, however, they kissed one another, that they might consummate their martyrdom with the kiss of peace.

The rest indeed, immoveable and silent, received the sword-thrust. Saturus was ahead of them all. He had first ascended the ladder and first gave up his spirit, for he was waiting for Perpetua. But Perpetua, that she might taste some pain, being pierced between the ribs, cried out loudly. Then she herself placed the wavering right hand of the youthful gladiator to her throat.

Possibly such a woman could not have been slain unless she herself had willed it, because she was feared by the impure spirit.

Oh most brave and blessed martyrs! O truly called and chosen to the glory of our Lord Jesus Christ! Whoever magnifies, honors, and adores him assuredly ought to read these examples for the edification of the Church, not less than the ancient ones, so that new virtues also may testify that one and the same Holy Spirit is always operating even until now, as well as God the Father Omnipotent and his Son Jesus Christ our Lord, whose is the glory and infinite power forever and ever.  Amen.