Late Medieval Christianity, for the purpose of this series, is from the Great Schism in 1054 until the beginning of the Reformation in 1517, when Luther nailed his 95 Theses to the door of the cathedral in Wittenberg. 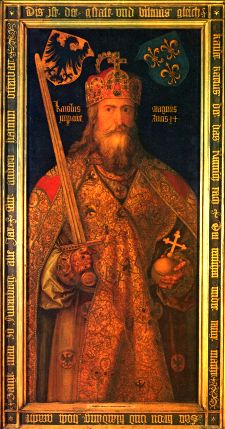 The most notable issue of this period was the move from the height of the Dark Ages in Europe to the Renaissance or Enlightenment. There was a recovery of learning, an increase of prosperity, and a move away from superstitious submission to Roman Catholic dogma.

The Crusades played a large part in this, opening up trade routes and creating interaction with Byzantine Christians and Muslims, who had preserved much knowledge from ancient times.

In Europe during late medieval Christianity, there were basically four main powers.

Charlemagne had united most of southern Europe, but he had maintained submission to the pope. Thus the French king bore the title of "holy Roman emperor" and ruled all France plus some of Spain and Switzerland. The pope maintained governmental authority in Italy, and Germany controlled the lands north of France and Switzerland with varying levels of unity and central power.

The fourth major power was England, which would have more power at the end of late medieval Christianity than at the beginning.

Corruption and the Clergy

From a worldly standpoint, the feudal system worked well for the Church and its clergy. Many of the clergy were landowners in late medieval Christianity, and where they were not, the Church could count on the nobles to share their profits from the peasants work. Most needed the approval of the church to maintain their power.

Corruption, however, was rampant. Most clergy had bought their positions, the profits and power of which made it an extremely good investment. Often, bishops would purchase more than one position and rule over two or three sees (the area of a bishop's rule).

The moral lives of the clergy were also atrocious, and many, if not most, kept a "housekeeper" that took care of more needs than the cleaning.

The Old Testament priest had been seen as a figure of the Christian elder since a very early date (e.g., in First Clement, written around A.D. 96). Tertullian first uses the Latin word sacerdos in reference to a bishop around A.D. 203.

Cyprian (c. A.D. 250), who was from Carthage like Tertullian, is the first to use the term regularly.

It was normal by now for bishops and priests not to marry, but it was not Roman Catholic dogma. A reform movement begun by Bernard of Clairvaux in the 12th century would lead to mandatory celibacy, but it did little to control the passions of the priests.

Pope Leo IX, the very pope that began the Great Schism by excommunicating Constantinople in 1054, was the first of a series of popes who sought reform. Gregory VII (1073-1085) was the most active of these; however, when he went so far as to forbid kings to appoint and remove bishops, he was forcibly deposed by the holy Roman Emperor Henry IV.

As mentioned, Bernard of Clairvaux began a reform movement in the 12th century. It took root because the monks—who in their monasteries did not have the political power nor the hedonistic lifestyles of the priests and bishops—were supportive of it.

The Crusades never really accomplished their purpose, which was to recover the holy land from the infidel Muslims. They did, however, reestablish commerce between the Middle East and Europe, increasing trade and bringing a prosperity to the west that it had not had in centuries. 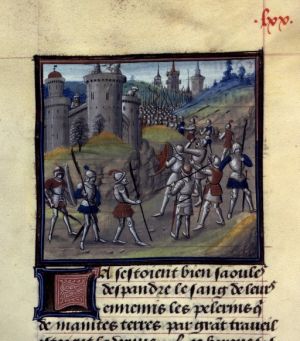 The first crusade was called by Urban II in 1095. There were seven of them, the last three conducted in the 13th century. The only notable accomplishments were a temporary Latin Kingdom of Jerusalem from 1099 to 1187 and a Latin Empire of Constantinople from 1204 to 1261, during which time the patriarch of Constantinople was actually subject to the Pope.

One other accomplishment worth mentioning was the right to make pilgrimages to Jerusalem which Richard the Lion-Hearted negotiated with the sultan Saladin in 1187.

The Renaissance and the Rise of the Reformation

As noted, the greatest accomplishment of the Crusades during late medieval Christianity was the increase in learning and trade. This was further facilitated by the Christian kingdoms of Europe beginning to push the Muslims from the Iberian peninsula (Spain).

This push brought Christians into contact with the philosophy of Aristotle, which had affected Muslim scholarship for centuries. All of these were the "light at the end of the tunnel," which would bring about the end of the Dark Ages.

The rise of cities in late medieval Christianity led to the creation of several new monastic orders called mendicant orders for their practice of supporting themselves by begging, which is much more easily done in cities than in the poverty-stricken countryside where peasants farmed.

Statue of Peter Waldo in Worms
Statue made in 1868

Peter Waldo began the mendicant orders, though he himself was rejected—and later excommunicated—by Rome. He and his followers were forced to flee to the Alps after being excommunicated by Pope Lucius III in 1184, where they became known as Waldensians or Waldenses. They referred to themselves as "the poor."

The Waldensians would continue to preach poverty, obedience to Christ, and the priesthood of all believers for centuries. They were in many ways forerunners of the Reformation throughout late medieval Christianity, and they eventually joined the Swiss Reformation in the 16th century.

He was followed by Francis of Assissi, who was blessed by Pope Innocent III. Francis was the son of a wealthy merchant, but he rejected both his lifestyle and his wealth to take up the preaching of the Gospel.

Francis is probably most famous for his love of nature, referring to the heavenly bodies as "Brother Sun and Sister Moon."

After Francis came Dominic of Guzmán. They were different from the Franciscans in their focus on study and the refutation of heresy.

Both orders of monks, the Franciscans and the Dominicans, endure to this day.