The Reformation: An Overview

The groundwork for the Reformation was laid by the various reform movements of late medieval Christianity, by the increased interest in learning that marked the renaissance, and by the printing press. Europe was ripe for Reformation. 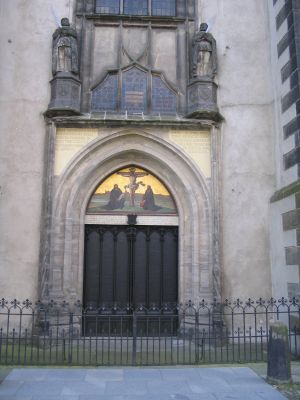 All it needed was something to set it off.

That something came in the form of a monk in Wittenberg, Germany. On October 31, 1517 Martin Luther nailed his 95 theses, a proposal for public discussion, to the door of the cathedral in Wittenberg. The world would never be the same.

The 95 theses hit the Roman Catholic Church in the place that mattered most, the pocketbook. Contrary to popular belief, the 95 theses had nothing to do with the great doctrines of the Reformation: faith only, grace only, and Scripture only.

They concerned one of Rome's major sources of income: indulgences. 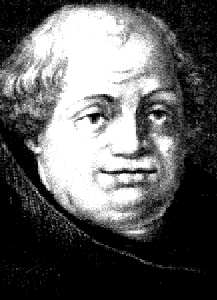 Johann Tetzel was touring Germany at the time, collecting money in return for the promise that the pope would release dead relatives from purgatory. Indulgences are a release from temporary punishments that the Roman Catholic Church said that people receive for sins they commit, sins which were not bad enough to send people to hell.

Martin Luther argued that the pope had no such power, and if he did, then he ought to use it—without monetary return and as an act of love—to remit all temporal punishment.

The Spread of Reformation

Martin Luther has been accused of many things, some true, some not. A favorite in the house church movement, a myth popularized by Gene Edwards, is that Protestant services begin at 11 a.m. because Luther liked to stay up late drinking and tended to have a hangover on Sunday morning.

It is true that Martin Luther drank. Absolutely forbidding alcohol is a quite modern idea. In the 1520's, he said his appetite for beer had increased quite a bit.

However, Martin Luther was no drunk, and he opposed drunkenness his entire life.

The sins he decried so vehemently in the monastery were not outward ones. Philip Schaff tells us that "he was already held up as a model of sanctity" (History of the Christian Church, vol. III, p. 116).

Instead, "he had to contend with temptations of anger, envy, hatred, and pride. He saw sin everywhere, even in the smallest trifles" (ibid.)

Later faults, such as some atrocious battles with the devil and severe battles with depression, are real. It is not true, however, that Luther lived an unrestrained life. On the contrary, he would likely have shamed almost all American Christians, as used as we are to living in luxury and comfort.

Thanks to the printing press, Martin Luther's writings spread rapidly throughout Germany. Luther helped make this happen by having audacity to write in German, the common language of the people, rather than in Latin like most other theological treatises.

Tetzel's sales of indulgences plummeted. The pope, who was trying to build St. Peter's Basilica at the time, had to do something about it.

He sent Johannes Eck to Germany to debate the upstart monk from Wittenberg.

Eck's goal was simple. He did not need to defeat the monk in debate. All he had to do was to get Luther to deny the pope's authority on the matter of indulgences. Once that was done, Luther would be a heretic, and he could be excommunicated.

He succeeded, but his plan did not go as well as hoped.

Luther was not intimidated by excommunication. Instead, he publicly burned the papal bull that excommunicated him. It turned out that in Germany, this little monk was more popular than the pope.

Not just the people, but also a number of the feudal lords sided with Luther. With their armies on his side, much of Germany became Lutheran rather than Catholic.

The Reformation was in full swing.

The Reformation in Switzerland

It was not just Luther spreading Reformation. In Switzerland the preaching of people like Peter Farel had prepared the country well for the Reformation.

In Zurich, a priest named Ulrich Zwingli, a contemporary of Luther, won over the city council with Scripture and got them to separate from Rome.  Later, John Calvin would similarly lead the city of Geneva to Reformation doctrines.

Many others took up the torch of Reformation. Heinrich Bullinger replaced Ulrich Zwingli in Zurich in 1531, and though he remained there until his death in 1575, his writings and teaching spread nearly as widely as Luther's.

The Reformation in England

In England, the Act of Supremacy in 1534 declared the king of England to be the "only supreme head" of the church in England. This formalized England's break with the Pope in Rome and left an open door for Reformation doctrines. 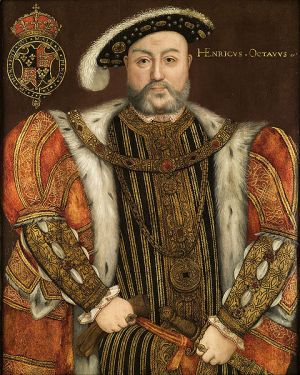 The Act was brought about when Pope Clement VII refused to annul King Henry VIII's marriage to Catherine of Aragon. Once the king and parliament had passed laws against papal authority and appointed new church leaders, the Church of England was officially in royal hands.

The teachings of the Reformation affected the doctrines of the Church of England, but not its structure or liturgy. It retained much of the form it had when it was Roman Catholic.

There were some, however, who were not satisfied with just a change in doctrine. They were called "Puritans" for their desire to purify the Anglican Church.

After the Puritans came the Separatists, who grew hopeless that the state church would ever reform. They resolved to form their own free churches, apart from government interference, though many were strongly persecuted.

From 1553 to 1558, Mary Tudor, daughter of Henry VIII and Catherine, ruled as a Catholic. Mary's execution of unrepentant Puritans gave her the title of "Bloody Mary" and led to many Puritans and Separatists fleeing England.

After her death her half sister Elizabeth reigned, and the Church of England has remained Protestant since.

The Politics of the Reformation

Since modern Protestants are descendants of the Reformation, it's easy to read our culture back into 16th-century Europe. That doesn't work, however.

The early Protestant church was still a state church. Individual freedoms would have to wait for the rise of Pietism and the departure of the Puritans to the Americas in the 17th century.

The Radical Reformation: The Anabaptists

I'd like to highly recommend a book called The Secret of the Strength by Peter Hoover. None of the major booksellers carries it; however, you can read it online here.

It's an extremely well-researched book, full of quotes from early Anabaptists. It's a terrific history book, written from the right perspective, which is to find out for you what was the secret of their power and testimony.

Except for the 2nd century church, the Radical Reformation is my favorite period of history. I'm disappointed I haven't done a page on it yet, but I am longing to do so.

Conrad Grebel was a student of Ulrich Zwingli in the early days in Zurich, but he soon left Zwingli behind. He wanted to go further than Zwingli did, though the main point of contention was infant baptism (a practice continued by all three major Reformers: Martin Luther, John Calvin, and Ulrich Zwingli.).

Because even in Zurich Christianity was a state religion, Grebel was forced to debate Zwingli before the Zurich city council. He was declared the loser.

Undeterred he went to a home in Zollikon, where he baptized Georg Blaurock, who then baptized twelve others, forming the first "Anabaptist" church.

"A 16th century man who did not drink to excess, curse, or abuse his workmen or family could be suspected of being an Anabaptist and thus persecuted."

Persecution eventually destroyed the church in Zollikon. Georg Blaurock was beaten and banished from Zurich. Felix Manz, another major leader of the Anabaptist movement, was drowned by the city council, and Grebel was jailed and eventually died of ill health.

Nonetheless, the Anabaptist movement spread. It was by far (in my opinion) the most Scriptural movement of the Reformation. Persecuted by Protestants and Catholics alike, rejecting violence, and arguing for freedom of conscience, they spread their Gospel the way the early church did, by testifying for it with their lives and with their suffering.

As a side recommendation, The Secret of the Strength: What Would the Anabaptists Tell This Generation? is easily the best book on the Anabaptists. The research done by the author, Peter Hoover, raised Anabaptist himself, speaks for itself. The book is replete with quotes, and the author, who speaks German, spent time going through old courthouse records obtaining original documents to give an insight into the Anabaptists that can't be matched anywhere. Further, he's an excellent writer, and the book is captivating and inspiring. For some reason, it's very expensive on Amazon, but you can read it free online here and get it for a good price at Scroll Publishing.

Some of the martyr stories of the Anabaptists are right here on Christian History for Everyman.

Return to Overview of Christianity