John the apostle lived longer than any of the other apostles, so there are several stories about him in the early Christian writings. The following is my favorite. It comes from Clement of Alexandria's tract, Who Is the Rich Man That Shall Be Saved? (ch. 42, c. A.D. 190).

I'm going to milk this astounding story for all its worth, and it's worth a lot. So, if you like watered-down, low-effort modern Christianity, you might not want to read this. John the apostle's Christianity is not modern American Christianity.

The phrases in italics are pulled directly from Who Is the Rich Man That Shall Be Saved?. I'm telling the story in my own words, including the parts that made the most impact on me (which is almost all of them). However, some comments are of doctrinal or spiritual value, and I want you to notice those as being from Clement himself.

The Deposit of a Soul 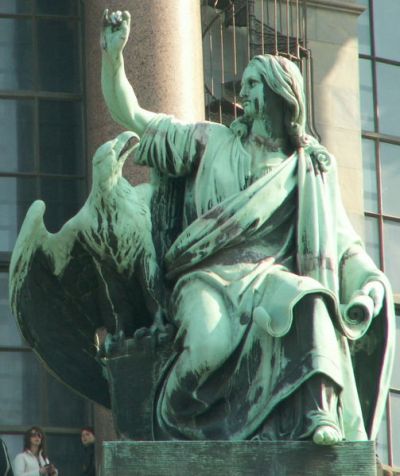 When John the apostle returned to Ephesus from his exile on the island of Patmos, he was invited to numerous churches (likely being the only apostle still alive, and certainly the only one still remaining in Asia Minor). He went from church to church, appointing bishops, strengthening the people, and ordaining others who were marked out by the Spirit.

John arrived in a city which Clement left unnamed on purpose (see sidebar). There he appointed a bishop. As he was doing so, he noticed a handsome, powerful youth, full of energy. He turned to the bishop and told him, "I commit this boy to you before the church and with Christ as witness. This is a charge to be taken seriously."

The bishop (also called an elder in Clement's story) not only accepted the charge, but he took the boy home to live with him. He raised him and loved him, and eventually he baptized him.

Unfortunately, the bishop, somehow feeling that the seal of the Lord that he set on the young man was enough, relaxed his diligent care.

The "premature freedom" was too much for the boy. He began to run in the company of other youths who did not have the same care for Christ. They were idle, committed to nothing, and practiced in reckless living.

They drew him in by introducing him to luxuries and expensive entertainment. Winning his friendship, they brought him along on less acceptable activities, including highway robbery.

Which Bishop Did This?

The editors of The Ante-Nicene Fathers say this is "said to be Smyrna." That would make it entirely possible that the bishop was Polycarp.

If that's so, then Clement almost certainly left out the name of the city to spare Polycarp's reputation, for he was a great and worthy man of God. Perhaps he was young when this happened. In that case, this event may have shaped him into the great and tender man he became.

Keep in mind, however, that if this bishop was indeed Polycarp, then Polycarp would also have been the bishop of Smyrna when it was addressed by Jesus in Revelation 2:8ff. That church is one of only two that received no admonishments from Christ in the Book of Revelation.

This he took a shine to. Like a powerful horse let loose on the reins, he became more adept at cruelty than any of his friends. He was the fiercest and the most bloodthirsty, and soon he was the captain of a gang of thieves, feared throughout the town.

John the Apostle Demands His Deposit

Some time passed before the church called on John again. By the time he returned, the bishop had given up hope on the young man and forgotten him.

John the apostle, however, had not.

"Come now, O bishop, restore to us the deposit which I and the Savior committed to you before the eyes of the church, which you lead."

The bishop was flummoxed. He assumed John was referring to some deposit of money, and age had simply dimmed his memory, but he didn't dare call the great John the Apostle a liar. He simply stood in confused and fearful silence.

Then John said, "I demand the young man! The soul of my brother!"

The bishop broke into tears. "He is dead," he replied.

"Dead? How did he die? What kind of death was it?" John asked.

"He is dead to God," the bishop replied. "He turned wicked, and he left. Now at last he is a robber, and he has taken possession of the mountain right in front of the church, along with his gang of thieves."

He didn't give the bishop an inch. "A fine guard of a brother's soul I left here."

"Get me a horse," he cried, "and someone to show me the way up the mountain!"

John the apostle wasted no time. He didn't change or wash, but aged and gray, he climbed on the horse and charged up the mountain.

… and straight into the hands of the thieves.

"Take me, then! That's why I'm here. Lead the way to your captain."

The thieves approached their leader with their trophy. The young man was decked out with weapons, a broad, large, and fearful looking warrior. Weren't his friends astonished when he turned and fled at the sight of the wizened, old gentleman! 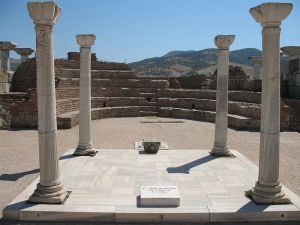 That old gentleman immediately forgot his age, and he took to flight after the captain as the gang stood with mouths agape. "Why are you running, my son?" John shouted after the young man. "I'm old and unarmed! Please, pity me! Don't be afraid! You still have hope of life."

John shouted as he ran, never giving up. "I will give account to Christ for you, if that's necessary. The Lord died for us; I will willingly surrender my life for you! Stop! Believe! Christ has sent me!"

The young man gave up. He stopped, turned, and looked down at the old man, John the apostle, then burst into tears. He threw himself into the apostle's arms and wept bitterly for a long time. Then he began to repent, baptizing himself a second time with tears.

John dropped to his knees and pledged to the young man that he would find forgiveness from the Savior. He kissed his hand, and he led him back to the church.

Not the End of the Story

If this happened in America, or if this was modern Christianity, that would be the end of the story. John the apostle, however, knew James, and John agreed with James that the sinner should "lament and mourn and weep; let your laughter be turned to mourning and your joy to heaviness" (Jam. 4:9).

I'll give you the end of the story in Clement's words (updated a bit so they're easier to understand):

Then by begging God with abundant and thorough prayers, striving with him in repeated fastings, and subduing his mind with various words, [John the apostle] did not depart until he restored him to the church. He presented him as a great example of true repentance and a great sign of rebirth, a trophy of the resurrection for which we hope.

At the end of the world the angels, radiant with joy, singing and opening the heavens, shall receive into the celestial homes those who truly repent. In front of everyone the Savior will go to meet them, welcoming them, and shining the shadowless, endless light, leading them to the Father's bosom, to eternal life, and to the kingdom of heaven.

If you will believe these things and believe the disciples of God and God himself—who is assurance, the prophecies, the Gospel, the apostolic words—and live in accordance with them, lend them your ears, and practice the deeds, then at your death you will see the end and demonstration of the truths we teach. For the one who welcomes the angel of repentance in this world will not repent when he leaves the body, nor will he be ashamed when he sees the Savior approaching in his glory and with his army. Such a one does not fear the fire.

But if anyone choose to continue to sin perpetually in pleasures and values indulgence above eternal life and turns away from the Savior who gives forgiveness, then let him not blame God or riches or his having fallen, but let him blame his own soul, which voluntarily perishes.

Read stories and biographies of other famous early Christians.