The Trinity:
Doctrine, Development, and Definition

Simply put, the Trinity is very difficult to understand, especially when understood correctly!

This has been true from the very beginning. Tertullian, often called "the father of the Trinity" for being the first person to use the Latin Trinitas, wrote in A.D. 200:

The simple, (indeed, I will not call them unwise and unlearned), who always constitute the majority of believers, are startled at the dispensation [of the Three], on the ground that the very rule of faith withdraws them from the world's plurality of gods to the one only true God. They do not understand that although he is the one only God, he must yet be believed in with his own order of things. (Against Praxeas 3)

The study I put into these articles has resulted in a book called Decoding Nicea. It is available anywhere books are sold. If you like what is on these "Nicea" pages, the book goes into more detail. 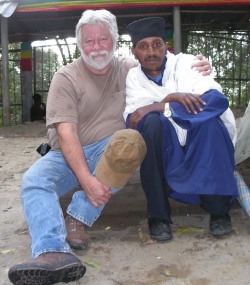 Tertullian's concern was a doctrine known as "modalism." This is the view that there is only one person in the Godhead. That one, individual God fills the role of the Father, Son, and Holy Spirit in much the same way that one actor can play three roles in the same movie. (Today it would be called oneness or "Jesus only," and it's the view of the United Pentecostal Church and Apostolic Church.)

"The simple," as Tertullian calls them, had great difficulty with the Trinity. They reasoned that if there are there persons, then there are three Gods, and they knew that Christians are monotheistic: they believe in one God.

It was just easier to be a modalist. The only problem is that modalism isn't true. There is not one divine person; there's three.

Perhaps you'd prefer a video explanation of what is on this page. It cannot be as thorough, but it is a quick overview of what these pages cover.

The Early Christian Explanation of the Trinity

The Christian writers of the second and third century claimed that their doctrine was taught by the apostles. Irenaeus, for example, writing in A.D. 185, said:

The Church … has received from the apostles and their disciples this faith in one God, the Father … in one Christ Jesus, the Son of God, who became incarnate for our salvation; and in the Holy Spirit. (Against Heresies I:10:1) 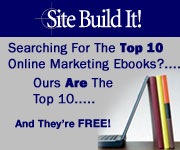 I will use Tertullian's response to modalism as a basis for what follows. Tertullian is well-respected. He also does a superb job of thoroughly explaining the early Christian view.

Then I will show you that this view is not only consistent in all the early Christian writings, but it is also what the early Church agreed upon at the Council of Nicea. The Nicene Creed, put together by that council, is a standard of orthodoxy to this day.

Hopefully, I will do a good job, and this will be easy to understand. That's a difficult chore!

We'll take this one subject at a time:

Return to the Council of Nicea

Or return to Doctrine