Nicene Creed:
An Outline of the Trinity Doctrine

Here's a summation of the Nicene Creed—as explained by the early Christians—from the previous pages: 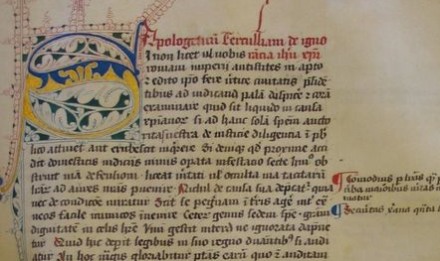 There is a lot of explanation in the links above. Don't forget that we began by explaining that early Christian definition of the Trinity was known to be difficult. I have made the effort to explain it simply and from their own writings.

I believe it is not so difficult that it can't be understood. It is my sincere hope that I have simplified the Nicene Creed and the doctrine of the Trinity it teaches.

I realize that modern Christians call it a mystery and simply say there's three persons in one God. That is simple, but it is more simple than the apostles taught, according to the early Christians. I believe it is worth understanding the apostolic view because it helps explain the Scriptures.

Why the Outline of the Trinity Above Is Worth Knowing

Have you ever had a Jehovah's Witness point out John 17:3 to you? In that verse Jesus calls the Father the only true God. Do you know why he does that?

Jehovah's Witnesses exploit the very same misunderstanding that Arius used to lead whole churches astray and cause division in the Church for decades in the 4th century. That misunderstanding is easily cleared up if you understand the Nicene Creed.

It takes a little work, but I believe it is well worth it.

I am convinced, because it explains so many Scriptures, that the early church view is the apostolic view, taught in the New Testament.

For example, do you know why Paul said, "For us there is but one God, the Father … and one Lord, Jesus Christ"? The early Church view explains and handles this verse easily, as well as explaining the terminology employed in the Nicene Creed.

Return to The Council of Nicea