Quotes About the Name of God

In this internet age, there are numerous theories being suggested for the name of God. Here is what our forefathers had to say on the subject. 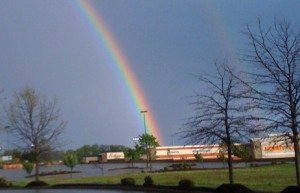 We have been taught and are convinced and do believe that [God] accepts those only who imitate the excellences which reside in him—temperance, justice, and philanthropy—and as many virtues as are peculiar to a God who is called by no proper name. (First Apology 10)

There is pronounced over the the person who chooses to be born again [context is baptism, see Water Baptism Quotes], and who has repented of their sins, the name of God, the Father and Lord of the universe. He who leads the person that is to be washed to the laver calls God by this name alone. For no one can utter the name of the ineffable [i.e., unable to be named] God, and if anyone dares to say that there is a name, he raves with a hopeless madness. … The one who is illuminated is also washed in the name of Jesus Christ … and in the name of the Holy Spirit. (First Apology 61)

Moreover, in the book of Exodus we have also perceived that the name of God Himself which, He says, was not revealed to Abraham or to Jacob, was Jesus, and was declared mysteriously through Moses. Thus it is written: "And the Lord spoke to Moses, 'Say to this people, "Behold, I send my angel before your face, to keep you in the way, to bring you into the land which I have prepared for you. Listen to him, and obey him. Do not disobey him, for he will not draw back from you, for my name is in him."'"

Now understand that he who led your fathers into the land is called by this name Jesus, and first called Auses (Oshea). For if you shall understand this, you shall likewise perceive that the name of Him who said to Moses, "for my name is in Him," was Jesus. For, indeed, he was also called Israel, and Jacob’s name was changed to this also. (Dialogue with Trypho 75)

It's important to understand that the entire book, Shepherd of Hermas, is a vision. The interpretations by the angel are part of the story. The reference to "spirits" is a reference to the vision. Think the seven spirits of God in Revelation rather than demons.

"Hear about the stones that were rejected. These all," he said, "received the name of God, and they received also the strength of these virgins. Having received, then, these spirits, they were made strong and were with the servants of God. Theirs was one spirit, one body, and one clothing, for they were of the same mind and performed righteousness. After a certain time, however, they were persuaded by the women whom you saw clothed in black ... beautiful in appearance. Having seen these women, they desired to have them, clothed themselves with their strength, and put off the strength of the virgins. These, accordingly, were rejected from the house of God, and were given over to these women. But they who were not deceived by the beauty of these women remained in the house of God. You have," he said, "the explanation of those who were rejected." (Shepherd, Similitude 9th, ch. 13)

For with the name of God the following words will harmonize: intelligence, word, life, incorruption, truth, wisdom, goodness, and such like. (Against Heresies II:13:9)

"Your throne, O God, is for ever and ever; the scepter of your kingdom is a right scepter. You have loved righteousness and hated iniquity; therefore God, your God, has anointed you" [Ps. 45:6]. For the Spirit designates both by the name of God—both him who is anointed as Son and him who does anoint, that is, the Father. (Against Heresies III:6:1)