The question: "I believe that gnostic wisdom is the key. Is it possible to get more information? Nowadays everything is edited, confusing, and does not give you the truth." 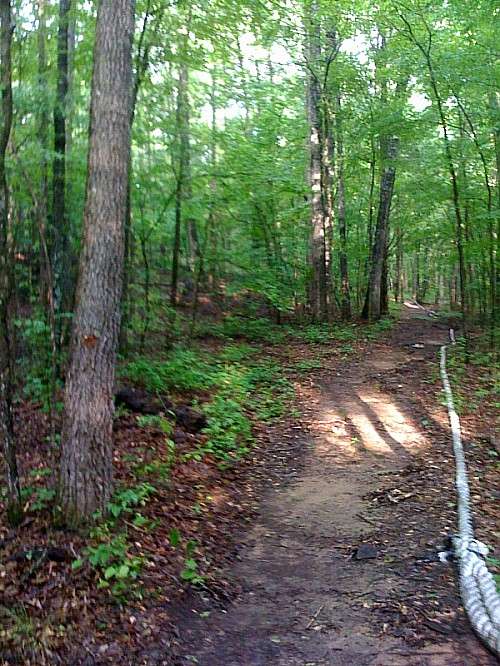 My Answer:
How I Found Truth

There is a lot of confusion today, but just as Jesus promised, with a bit of hard work truth can be found. ("Seek, and you will find" – Matt. 7:7.)

My search for truth started when as a boy, age 12 or 13, I determined to be a good Catholic. I couldn't do it. I couldn't even keep my mind on God much. So I gave up on Catholicism by the time I was 14, and I began to search for God anywhere that I could search.

I read all sorts of things. I even had my local library order me the Tibetan Book of the Dead!

At age 21 I read the New Testament, and I thought, "What kind of man could live with twelve other men for three years and convince them that he was the divine Son of God so thoroughly that eleven of them would give their lives for him after he died?"

A lot of other things happened while I read the New Testament, events that I'm sure were designed by God to convince me that Jesus is the Son of God.

So in July of 1982, when someone asked me if I believed Jesus was the Son of God, I said yes.

My life has never been the same since.

I can barely describe what happened when I said yes. The whole world changed. The air was sweeter, the trees were greener, and the sky was more blue. I was filled with joy.

I was absolutely awe-struck.

That pretty much settled it for me. I didn't adopt all the traditions of Christianity at that time, not even that the Bible is the Word of God, but I was convinced that Jesus is the Son of God.

Nothing in 27 years has led me to believe otherwise. He continues to be faithful to me, to my prayers, and to the direction he gives me through circumstances, the Bible and other writings, through other people, and by guidance from somewhere deep down inside.

That's my story of truth, which doesn't do you much good.

Church History and Evidence for the Christian Faith

What may do you good is what I've learned along the way. I've done a lot of study in early church history.

However, at this point I know my 2nd century history. I know gnostic history and Christian history.

Those alternate histories aren't true. Jesus didn't marry Mary Magdalene, and he didn't go west to start a family. There's no real evidence for that, just a lot of suppositions and wishful thinking.

What is true is that the gnostics of the 2nd century had all sorts of varying ideas, all of them claiming to be based on Jesus and all of them claiming they got their gnostic wisdom somewhere other than the apostles. Yet all of them were different, each gnostic leader having his own special brand of revelation. ("Every one of them generates something new, day by day, according to his ability, for no one is deemed 'perfect' who does not develop among them some mighty fictions."--Irenaeus, Against Heresies I:18:1, c. 185)

In the meantime, Christians were united in one holy life with one simple, basic faith that God Almighty, the Creator, had sent his Son to earth to save the earth and that all who believe in him can receive the Spirit of God, know God, and be forgiven of all their past sins.

That faith was POWERFUL. You couldn't get the 2nd century Christians to give up that faith even by killing them (see the page on Early Christianity). As Tertullian put it, "The more often you mow us down, the more of us there are. The blood of Christians is seed" (Apology 50).

One early Christian argued that since even boys and girls gave up their entire bodies to be burned and fed to animals without cries of pain or complaint, that only the power of God could make that happen (The Octavius 37).

The Power of the Gospel:
Evidence of Faith in This Life

Believing in Jesus Christ with your whole heart will transform your life. It will bring you into fellowship with God. Being in the church, among others who love God in that way, will keep you in fellowship with God and empower you to learn to love, to care, to speak with wisdom, and to be used by God.

The problem is that most churches preach a message that promises that if you learn a few facts (i.e., Jesus died for your sins plus some other doctrines), then you'll get a ticket to heaven. The result is that almost everyone who believes that false gospel falls away either immediately or within the first few years. No commitment to Jesus Christ is called for in that Gospel. (In 2017, I made a 40-minute teaching that explains the problem with using Jesus' death for sins as the Gospel and which concisely delivers the Gospel the apostles preached in Acts and explained in the four Gospels.)

When those who are willing to commit themselves to Jesus Christ unite together as a family, the effect is powerful. Immediately persecution, slander, and hatred arise from outside because the devil knows how powerful the church is. Should the fledgling church survive that onslaught, the effects are tremendous. They learn to love. They become astonishing and deep people, capable of impressive caring and wisdom.

Jesus once said that you would know a true prophet by his fruits. There are no better fruits than what is produced in the fellowship of the saints.

It's so powerful and so full of light that even the world can't help but take notice. As Jesus said, "Let your light so shine before men that they may see your good works and glorify your Father in heaven." That "your" is plural. He means the fellowship of the saints, not individual people doing good works.

It's not so rare, however, that it doesn't happen, and when it does, the results are astounding.

Look at some of the pages on early Christianity on my site, then feel free to contact me if you want to meet people living out the Gospel the way early Christians did: together, wholeheartedly, and with love and power. My church is not the only church like that, but it is one of them.

You will find it powerful.