Quotes About the Virgin Birth

Quotes about the virgin birth from throughout Christian History.

Our God, Jesus Christ, was, according to the appointment of God, conceived in the womb by Mary, of the seed of David, but by the Holy Spirit. (Letter to the Ephesians 18)

Now the virginity of Mary was hidden from the prince of this world, as was also her offspring, and the death of the Lord; three mysteries of renown, which were wrought in silence by God. (Letter to the Ephesians 19) 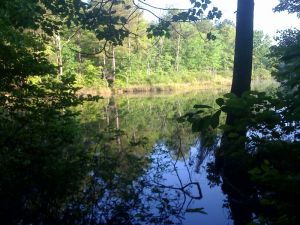 Since we find it recorded in the memoirs of the apostles that he is the Son of God, and since we call him the Son, we have understood that he proceeded before all creatures from the Father by his power and his will ... and that he became man by the virgin, in order that the disobedience which proceeded from the serpent might receive its destruction in the same way in which it derived its origin. For Eve, who was a virgin and undefiled, having conceived by the word of the serpent, brought forth disobedience and death. But the virgin Mary received faith and joy when the angel Gabriel announced the good news to her that the Spirit of the Lord would come upon her and the power of the Highest would overshadow her. Therefore, also, that which was begotten by her is the Son of God. (Dialogue with Trypho 100)

For I have already proved that he was the only-begotten of the Father in everything, being begotten, in a unique way, Logos and Power by him, and afterwards become man through the virgin, as we have learned from the memoirs [of the apostles]. (Dialogue with Trypho 105)

Those who assert that he was a mere man, begotten by Joseph ... being ignorant of him who from the virgin is Emmanuel ... are deprived of his gift, which is eternal life. Not receiving the incorruptible Word, they remain in mortal flesh and are debtors to death, not obtaining the antidote of life. (Against Heresies III:19:1)

This following passage is complicated in detail, but simple and profound in general. Adam was born, in a sense, of a virgin, and so the 2nd Adam, Jesus, had to be as well.

In addition, this passage contains a comment that Mary was as yet a virgin when Christ was born, a likely, if not certain, statement against the perpetual virginity of Mary, which is believed by modern Roman Catholics and later church fathers, but which is obviously not scriptural (Matt. 1:25; 13:55).

And as the protoplast himself Adam, had his substance from untilled and as yet virgin soil ... and was formed by the hand of God ... and the Lord took dust from the earth and formed man; so did he who is ... the Word, recapitulating Adam in himself, rightly receive a birth, enabling him to gather up Adam, from Mary, who was as yet a virgin [i.e., to partake of Adam's flesh and to represent Adam as a type].

If, then, the first Adam had a man for his father and was born of human seed, only then would it be reasonable to say that the second Adam was begotten of Joseph. But if the former was taken from the dust and God was his Maker, it was incumbent that the latter also, making a recapitulation in Himself, should be formed as man by God, to have an analogy with the former in regard to his origin.

Mary the virgin is found obedient, saying, "Behold the handmaid of the Lord; let it be to me according to your word." But Eve was disobedient; for she did not obey when as yet she was a virgin. For she had a husband indeed, Adam, but was nevertheless still a virgin, for in Paradise "they were both naked, and were not ashamed." This is because, having been created a short time previously, they had no understanding of the procreation of children. It was necessary that they should first come to adult age, and then multiply from that time onward. She then became disobedient and was made the cause of death both to herself and to the entire human race.

Therefore Mary, having a man betrothed and being nevertheless a virgin, by yielding obedience, become the cause of salvation both to herself and the whole human race.

And on this account does the law term a woman betrothed to a man, the wife of him who had betrothed her, although she was as yet a virgin; thus indicating the back-reference from Mary to Eve, because what is joined together could not otherwise be put asunder than by inversion of the process by which these bonds of union had arisen ... And it has, in fact, happened that the first compact looses from the second tie, but that the second tie takes the position of the first which has been cancelled. For this reason did the Lord declare that the first should in truth be last, and the last first. ... And thus also it was that the knot of Eveís disobedience was loosed by the obedience of Mary. For what the virgin Eve had bound fast through unbelief, this the virgin Mary set free through faith. (Against Heresies III:22:4)

In the next quote, Tertullian is speaking against those—in this case, Marcionites—who deny that the Lord was ever born at all. They argue that Jesus was a spirit with a spiritual body, not born of a woman with a body at all, whether virgin or not. While this is not argued by anyone today, Tertullian's answer nonetheless addresses two issues: a belief in the virgin birth and a belief against Mary's perpetual virginity.

We now come to the most strenuously-plied argument of all those who call in question the Lordís nativity. They say that he testifies himself to his not having been born, when he asks, "Who is my mother, and who are my brothers?" ... We, for our part, say in reply, first, that it could not possibly have been told him that his mother and his brethren stood outside, desiring to see Him, if he had had no mother and no brothers. They must have been known to him who announced them, either some time previously, or then at that very time, when they desired to see him or sent him their message. (Against Marcion IV:19)

Again here Tertullian argues against Marcionites and other gnostics who deny that Jesus came in a fleshly body or that he had a birth at all, much less a virgin birth. The quote he references is apparently a phrase these heretics used.

We discover, then, what the sign is which is to be spoken against—the conception and childbirth of the Virgin Mary, concerning which this school of theirs says: "She, a virgin and yet not a virgin, bare, and yet did not bear"; just as if such language ... would not be more suitable even for ourselves to use! For "she bare," because she produced offspring of her own flesh and "yet she did not bear," since she produced him not from a husbandís seed; she was "a virgin," as far as in reference to a husband, and "yet not a virgin," as regards her bearing a child.

...  although she was a virgin when she conceived, she was a wife when she brought forth her son. Now, as a wife, she was under the very law of "opening the womb," in which it was quite immaterial whether the birth of the male was by virtue of a husbandís cooperation or not; it was the same sex that opened her womb.

Indeed, hers is the womb on account of which it is written of others also: "Every male that openeth the womb shall be called holy to the Lord." For who is really holy but the Son of God? Who properly opened the womb but he who opened a closed one? But it is marriage which opens the womb in all cases. The virginís womb, therefore, was even more opened, because it was more closed.†Indeed she ought rather to be called not a virgin than a virgin, becoming a mother at a leap, as it were, before she was a wife.†... it was in this sense that the apostle declared that the Son of God was born not of a virgin, but "of a woman" [Gal. 4:4], he in that statement recognised the condition of the opened womb which ensues in marriage. (On the Flesh of Christ 23)

† And indeed it was a virgin, about to marry once for all after her delivery, who gave birth to Christ, in order that each title of sanctity [i.e., "virgin" and "wife of one husband"] might be fulfilled in Christ's parentage, by means of a mother who was both virgin and wife of one husband. (On Monogamy 8)