The Octavius:
A Christian Debate by Minucius Felix

No one knows whether The Octavius is fiction or non-fiction. Either way, Minucius Felix, an otherwise unknown Christian from the 2nd or early 3rd century, ably defends Christianity against Roman arguments, superstition, and rumors.

Listen, I know that internet readers usually skim. Don't skim this abridged version of The Octavius!

This is one of the best Christian writings in history, and the only debate in early Christian history that gives both sides. I've edited it so that it's easy to read and understand.

My introduction is long. You can skip it if you want, but read the debate!. The Christian answers are probably not what you expect.

First, you need to know that I have done two things to the original text.

In The Octavius, Minucius Felix is the moderator. His dear friend Octavius, visiting from afar, holds the debate with Cecilius, a pagan that may be Minucius servant or business partner. 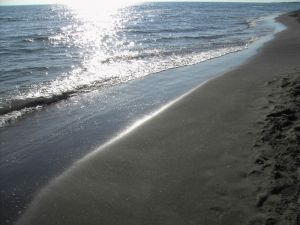 The debate occurred as the three men were walking along the tiber river toward the western seacoast of Italy. Along the way, Cecilius found a stone carved into the image of the god Serapis. He quickly picked it up and kissed it.

Minucius, my brother, leaving a man in vulgar ignorance, especially one who lives by your side both at home and abroad, is not something a good man ought to do. It is not right that you should allow him to devote himself to a stone in broad daylight like this; it discredits you as much as it does him.

The comment was awkward, of course, and the men continued in silence for a short while before Octavius and Minucius, old and dear friends, returned to conversing about their various travels and experiences. Cecilius, however, was angry, and eventually Minucius felt obligated to ask him about his silence.

Your friend Octavius' comment has been bothering me for a while. He directed that comment at you, accusing you of negligence, but really he wanted to condemn me for ignorance.

His case stated, he had a proposition for resolving it.

So, since the issue is really between myself and Octavius, I would like to propose a debate. If he is willing, I think he will find that it's a lot easier to defend his arguments to his friends than to engage in real debate like the philosophers do.

For those of you who have as much difficulty as me in remembering names: Octavius and Minucius are the Christians. Cecilius is the pagan.

The Octavius
A Christian Debate by Minucius Felix
A.D. 130–200

Argument One:
No One Can Be Certain About Divine Things

Argument Two:
We Should Simply Trust Our Forefathers 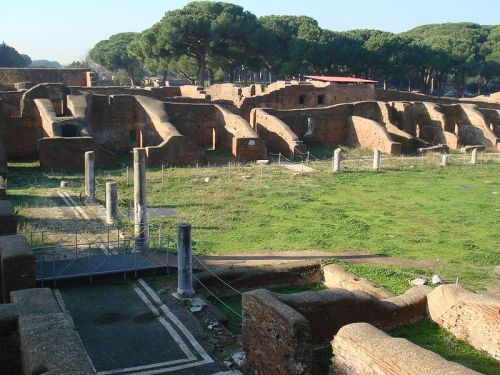 Baths of Neptune near Ostia
Photo by Marie-Lan Nguyen, used with permission

Argument Five:
Christians Have a "Holier Than Thou" Attitude 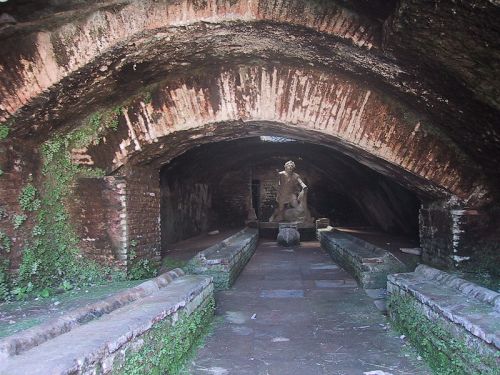 Argument Six:
Christians are Poor; God Can't Be Helping Them

Argument Seven:
Christians Are Persecuted; God Can't Be Helping Them.

We can only hope that this story is true because Cecilius was soundly converted by Octavius' arguments:

Well. I congratulate Octavius as well as myself for the great peace in which we live. I will not wait for your decision, Minucius. We have both conquered. Octavius has conquered me, but I am triumphant over error. I both confess that providence exists, and I yield to God … Octavius will get a reward from God, because he argued by God's inspiration and gained the victory by God's aid.

Notes on My Translation

I not only updated the language and grammar of the century-old translation found in The Ante-Nicene Fathers, vol. IV, but I also changed the structure of the debate to a more modern format.

Many issues were covered in the original debate, most of which are of no interest to you or me, having to do with Rome and its paganism, idolatry, and military power.

There is also a bracketed portion above that is not from The Octavius. That wording is pulled from Tertullian's Apology, chapter 39. It covers the same topic Octavius is covering, but it's much better said.