No Salvation Outside the Catholic Church?

Someone sent me a Roman Catholic historical defense of the doctrine that there is no salvation outside the catholic church. (You may want to leave that link open in another window or tab because I'm responding to and explaining those quotes.)

Did the early church fathers say this? If they did, should we pay attention to them?

That's a more complicated question than you can probably imagine. Let me answer it by telling you the story of the catholic churches as it relates to salvation in and out of the church.

It's important to consider context when you read about the early Christians and the "catholic" church. Catholic really did mean universal then. No one had the idea that the church ought to be headed up by the Roman bishop (except occasionally the Roman bishop, whose authority was rejected by the eastern churches around AD 160 (Anicetus) and AD 190 (Victor). In both cases, a Roman bishop attempted to excommunicate the entire eastern half of the church for celebrating Passover on the same day as the Jews rather than always on Sunday. In both cases, the eastern churches blew him off as having no right to do so. Fortunately, first Polycarp, then Irenaeus came and set the Roman bishop straight, and schism was avoided. 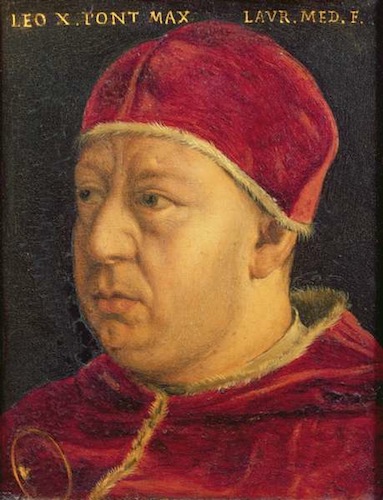 In the mid-3rd century the Roman bishop Stephen got in a disagreement with Cyprian and the north African bishops over whether those who had been baptized by schismatics (the Novatians) needed to be rebaptized when they came into the church. In this case, the Roman bishop had a better leg to stand on. Rome was the closest apostolic church to Carthage, and so it was the "go to" church for those north Africans churches when there was a problem.

Nonetheless, when Stephen tried to resolve the dispute between Cyprian and himself by pressing his own authority, Cyprian and 87 other bishops got together (7th Council of Carthage, A.D. 257) and rejected the right of any bishop to claim to be over other bishops—to be a "bishop of bishops."

So the Roman bishop was not "over" the catholic churches, but the early Christians definitely recognized the "catholic" churches, which were apostolic because they descended from the apostles, over and against the gnostics, who had a bizarre religion that involved figuratively and thoroughly reinterpreting the apostles even though they could cite no apostolic origin to give them the right to do so.

It was during Cyprian's tenure as bishop of Carthage that the first real division of the catholic churches happened. Oddly enough, it happened first in Rome. An elder (Novatian), objecting to the church forgiving those who had lapsed during persecution, had himself proclaimed bishop by supporters after he was not elected bishop in the standard elections. (Yeah, I'm pretty sure they were doing elections by then.)

A similar situation had happened about 25 years earlier, also in Rome, with Hippolytus, another oft-quoted early church father. Hippolytus thought the new bishop in his day was corrupt, so he had himself proclaimed bishop, and for a short time there was two churches in Rome. Historians think that ended with Hippolytus repenting.<

Novatian, however, did not repent. He started a schism that lasted for over a century.

So of course these early Christians thought that being outside the church meant being outside salvation. There really was only one church until the time of Novatian. Being outside of it was a clear act of rebellion against the Gospel.

I believe the church was correct in counting the Novatians, who called themselves "Cathari" (Latin for "the pure") and are addressed as such is the canons of the Council of Nicea, a divisive schism that God was not happy about. Whether they are right—or even consistent—about no one in the Novatians being saved is really at question, however. Seventy-five years later, at the Council of Nicea, the catholic bishops came a hair shy of proclaiming the Novatians a true church. What they did say is that if a Cathari bishop or elder came back to the catholic churches, he would maintain his status as a bishop even among the catholics.

Is it really possible that an unsaved person—for there's not supposed to be salvation in the schismatic Novatian churches—could just enter the church and be a bishop?

If you read Lactantius' quote, you'll notice that it directly addresses the Novatians. How do I know? The Cathari didn't want to allow repentance for giving in to persecution, and there were a few other sins they didn't want to allow repentance for (adultery, murder, and the like). Lactantius says, "Let it be known that this is the true Church, in which there is confession and penance and which takes a health-promoting care of the sins and wounds to which the weak flesh is subject."

In other words, the true church is not like the Cathari. The true church accepts confession, bestows penance, and nurses the sins and wounds of those who have fallen.

Jerome and Augustine were contemporaries. Augustine became bishop in the 390's, and the heart of the ministry of both men was in the early 5th century. I'm afraid that at that point I don't put much stock in what anyone says about the church. As far as I'm concerned, they had forgotten what the church was. To them it was basically everybody (virtually every citizen was a Christian), and Augustine even made himself okay with the emperor's policy of persecuting the Donatists, a schism pretty similar to the Novatians. Sects holding Novatian opinions became pretty common by the early fourth century. The Council of Nicea even sent a letter to Alexandria concerning a sect called the Melitians with Novatian leanings.

Augustine liked the results of the conversion of the Donatists by force by the emperor, so he ended up saying that he might not like the method, but it's hard to argue with the results. These included not only conversion (said Augustine), but also a joy after they experienced the catholic churches.

The point of all of that is to say that of course the early Christians said there was no salvation outside of the church. Jesus died to raise up a people for himself, not to send people off as individuals. Ephesians 4 tells us that we're supposed to grow *together* into the fullness of Christ, not alone. 1 Corinthians 12 says we need each other, and it says it so clearly that there's no missing the point. Leaving the body of Christ is a terrible thing to do, and dividing it is even worse.

I think it is important to remember that during the 4th century and later is when we see monasteries and hermits. I'll tell you my opinion of what those were. Those were people who knew you're not supposed to leave the church, but the churches were so corrupt that they found a way to leave it without leaving it. Personally, I think that makes Novatus and Donatus more honest, not more divisive. In my opinion, the monks and hermits left the catholic churches just like the Novatians did, although the monks and hermits had a much better reason.

Cyprian may have opposed division, but he also said that a people who share communion with a sinful leader are just as guilty as the leader:

Nor let the people flatter themselves that they can be free from the contagion of sin, while communicating with an elder who is a sinner, and yielding their consent to the unjust and unlawful episcopacy of their overseer ...

On which account a people obedient to the Lord's precepts, and  fearing God, ought to separate themselves from a sinful prelate, and not to associate themselves with the sacrifices of a sacrilegious priest, especially since they themselves have the power either of choosing worthy elders, or of rejecting unworthy ones. ("To the Clergy and People Abiding in Spain," par. 3; Epistles of Cyprian 67 in The Ante-Nicene Fathers, vol. V)

In the 4th century, "Christians" and even church leaders were falsely accusing each other, physically fighting each other, having each other put to death, etc. It's an awful picture. I support the monks in leaving those corrupt organizations and going off to start their own community. Perhaps it saved their lives to remain in "communion" with the officially catholic churches, now so corrupt as to be unrecognizable.

Finally, the point of all of this is that for the Roman Catholic Church to apply these citations to themselves is a joke. Yes, the early fathers believed that the church—the "catholic" churches, which merely meant the churches begun by the apostles and in fellowship with one another—possessed and bestowed salvation because it was the body of Christ and the pillar of truth (1 Cor. 12:12-13; 1 Tim. 3:15). However, they would find the Roman Catholic Church of today utterly unrecognizable as a church. I am convinced that they would find themselves as bewildered as we are as we try to navigate our way through competing denominations, including the RCC denomination.

There are not easy answers to all of this. All I know to do is to tell you the true story. Drawing answers about what to do now that the story has gone so far from the original intent ... well, that's up to all of us to do.

If we will love the church—not some organization, but the saints in our locality—then we will find that John's promise is true, and the Anointing will lead us into all things, and that leading will be "true, and not a lie" (1 Jn. 2:26-27).