Let no one judge you concerning food or drink, or in regard to a feast, new moon, or Sabbaths, which are a shadow of coming things, but the body belongs to Christ.

Those who have been brought up in the ancient order of things [i.e., converted Jews] have come to the possession of a new hope, no longer observing the Sabbath but living in observance of the Lord's day.

Why Don't Christians Keep the Sabbath?

Surely most of us who have read the Bible extensively have wondered why Christians don't keep the Sabbath. There at least seems to be several reasons that we should.

It's important to note that what I mean by keeping the Sabbath is refraining from work on the 7th day of the week, which is now called Saturday. That's what it meant to the Jews, and it was so important to God that he ordered a man stoned for gathering sticks on the 7th day (Num. 15:32-36).

Today, most Protestants will tell you that we don't keep the Sabbath because that's the Law, and we're not under the Law. The Roman Catholic church will tell you that they changed the Sabbath from Saturday to Sunday by the authority God has given them. In the 19th century and earlier, most Protestants would have agreed with the Roman Catholics on that issue. They would have refrained from working on Sunday, which they called—and still do call—the Lord's day.

What's the truth? What should we be doing.

The Apostles' Churches Did Not Keep the Sabbath

Christians will be arguing about what the Bible says—about the Sabbath and many other issues—until the day of Jesus Christ. There's little doubt about that, and my opinion of what the Bible truly teaches is not going to mean much to those who disagree.

However, there are some clear, objective issues I can settle for you, and one of them is whether the churches the apostles started kept the Sabbath.

The answer is no, they did not keep the Sabbath. Despite the fact that several whole books have been written arguing that they did, it is very clear they did not.

I have very little regard for the honesty of the people who wrote those books. No one who actually researches the era from the apostles to the Nicene Creed could possibly come away wondering whether those churches kept the Sabbath. They would know that they didn't.

I gave you one quote above, from Ignatius of Antioch's letter to the Magnesians. Ignatius is not a nobody. Ignatius was the overseer of the church in Antioch. Antioch was Paul's home church, and Ignatius was appointed to that position by the apostle John. 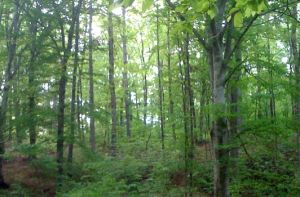 It's hard to carry much more authority than that without actually being one of the original apostles yourself.

No early Christian after him disagrees with him on the Sabbath.

Rather than load you down with quotes on this page, I'll simply refer you to the Sabbath quotes page on this site. It will open in a new window.

I hope those quotes will be clear enough. It's very frustrating that books written by Sabbath-keepers have been so willingly dishonest, or the quotes on that page would be decisive for everyone. As it is, with those books clouding the issue, you could be left with doubts even after seeing the absolute consistency of so many quotes over several centuries.

I have some confidence, however, that because my quotes can be looked up and verified and because their context is obvious, any confusion caused by those books will evaporate after reading what the early church itself had to say on the subject.

Why Didn't Those Early Christians Keep the Sabbath

Briefly, if you don't want to immediately read the page I just linked, the "extended and filled" sense of the Law is the sense Jesus gave the Law of Moses in Matthew 5. There you read Jesus repeatedly saying, "You have heard it said … but I say to you … "

So the "extended and filled" sense is that rather than just avoiding murder, we're to avoid anger and hatred. Rather than merely avoiding adultery, we're to refrain even from lust. Rather than fulfilling just our oaths, we're to follow through on our every word.

And rather than just rest on the 7th day, we're to sanctify each and every day to the Lord.

If … anyone can now sanctify the day which God has sanctified except by being pure in heart in all things, then we are deceived. Behold, therefore, it is certain that we properly rest and sanctify it when we are able to work righteousness because we have received the promise and wickedness no longer exists because all things have been made new by the Lord. Then we shall be able to sanctify it because we are first sanctified ourselves. (Letter of Barnabas 15, c. A.D. 130)

The new law requires you to keep perpetual Sabbath, and you [Jews], because you are idle for one day, suppose you are godly, not understanding why this command was given to you. (Justin, Dialogue with Trypho, a Jew 12, c. A.D. 150)

We learn from Scripture itself that God gave circumcision … as a sign. … Ezekiel the prophet says the same concerning the Sabbaths: "I gave them my Sabbaths to be a sign between me and them … " … These things, then, were given as a sign, but the signs were not lacking symbolism … since they were given by a wise Artist; the circumcision of the flesh typified that which was of the Spirit. … But the Sabbaths taught that we should continue day by day in God's service. (Irenaeus, Against Heresies IV:16:1, c. A.D. 185)

To the early churches, the way to keep the Sabbath was to rest in Christ, experience his power and holiness, and thus sanctify every day to the Lord. The Scriptures seem to agree with this.

In Hebrews 4, the writer contrasts the 7th day Sabbath (v. 4) with a later rest that we must enter into (vv. 8-9). The writer of Hebrews tell us that we are to "labor to enter into that rest."

The Law of Moses is well worth looking at. It describes the way 2nd century Christians understood the Law, and it provides a remarkable and satisfying synthesis of Matthew 5 and Paul's letters. Don't miss that page.

That page will explain to you that the early churches did not keep the Sabbath in the sense of resting on Saturday; however, they believed they properly kept the Sabbath. They did not do this by replacing the 7th day with the 1st day. Instead, the Sabbath they kept was a daily rest in Christ and a sanctification of each and every day in the Lord, what Justin called a "perpetual Sabbath."

There are some myths and stories that are popular, though, and we still need to address these.