Did the early Christians—maybe even the apostles— practice infant baptism? 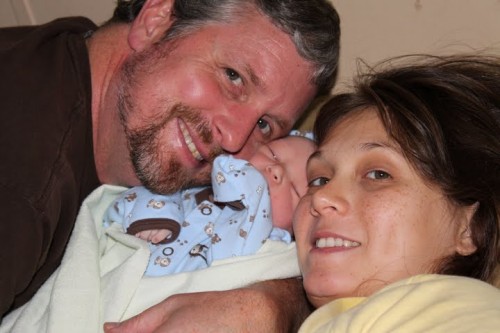 This one was more a comment than a question, sent to me by a friend of mine who is a missionary in Mexico. He's an awesome and honest guy. I highly recommend him and his ministry. Read his web site, it's an excellent place to give money.

After researching this issue much more thoroughly, I have now made a page on infant baptism. You'll find better information there.

I stopped by your site looking to see if you believe in baptizing infants. I looked it up in the Dictionary of Early Christian Beliefs. To my surprise it seems that they did in fact baptize infants. Even John Wesley seemed to teach that as well.

After David Bercot—author of The Dictionary of Early Christian Beliefs and co-elder with me of Tyler Early Christian Fellowship in 1992—joined the Anglican Church and began promoting infant baptism [which he's now rejected, I'm told by a former Society of the Good Shepherd member], I took a good look at it for several months, looking up passages in the early Christian writings and doing a lot of thinking.

Today I read a paragraph in a blog that read:

I am not opposed to seeing the church as mistaken when the evidence is persuasive. I believe the early church did go off track in some significant ways in the later second century. I believe the evidence from respected scholars such as Everett Ferguson, G.R. Beasley-Murray and David Wright, as well as ecumenical documents on the history of baptism, all indicate that infant baptism developed in the second century. While there are various theological ways to interpret this development, I see no evidence that infant baptism and its accompanying theological justification is anything other than reasonable second century developments.

Everett Ferguson, mentioned in the quote, is a pretty neat early church scholar. He's from a Church of Christ background, so he doesn't have to dodge as many issues as most Protestants would. G.R. Beasley-Murray is probably a Church of Christ person, too. I read a book of his on baptism [apparently out of print, only one available used through Amazon, none on CBD]. He's way too smart for me. The book wore me out. By the end, I thought, "Good thing I agree with Beasley-Murray because he's so smart he could prove anything he wants to me."

So I'm not sure how unbiased either of those guys are.

It's basically not mentioned in the 2nd century writings. Irenaeus is the one (2nd century) exception (c. A.D. 185): —For He came to save all through means of Himselfóall, I say, who through Him are born again to God, infants, and children, and boys, and youths, and old men— (Against Heresies II:22:4). 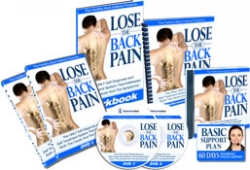 On the other hand, Justin Martyr, several decades earlier, gives a purpose for baptism that is opposed to infant baptism. He writes:

And for [water baptism] we have learned from the apostles this reason. Since at our birth we were born without our own knowledge or choice, by our parents coming together, and were brought up in bad habits and wicked training; in order that we may not remain the children of necessity and of ignorance, but may become the children of choice and knowledge, and may obtain in the water the remission of sins formerly committed. (First Apology 61)

Surely Justin couldn't have said that if they were baptizing babies in Rome in A.D. 150!

This means, that we indeed descend into the water full of sins and defilement, but come up, bearing fruit in our heart, having the fear of and trust in Jesus in our spirit. (Letter of Barnabas 11).

The early church did not believe in the modern, legalistic, Roman idea that babies are sinful.

So my thought is that the idea of baptizing babies is a late 2nd century development. It's possible, I suppose that the earlier churches were baptizing infants and there was no reason to mention it, but the reasons given for baptism prior to Irenaeus preclude infant baptism if you look at them.