The First Day and the Resurrection of Christ

Initially, I was asked:

How could the early Christians believe that Jesus was resurrected on the first day of the week if he was to be in the grave three days and three nights?

My response  was, "To put it simply, the most likely reason that the early Christians believed that Jesus rose on Sunday was because he did."

I was then told:

It doesn't seem appropriate for a historian to state such a thing. This is just a statement justifying your belief.

Well, it's nice to be called a historian! (I don't think of myself that way, but I guess it's true.) I'm just an amateur historian, which limits my time, but I'm very careful not to simply justify my belief. On this site, I explain everything I present, and I give you readily available sources that you can check for yourself.

How You Can Get LASTING Relief …

And Finally Get Your Life Back! 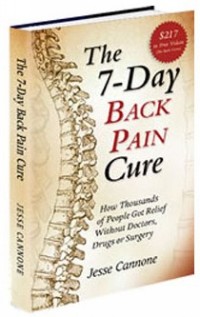 If you suffer from any type of back, neck or sciatic pain, then you need to go grab a copy of The Healthy Back Institute's new book, The 7-Day Back Pain Cure …

Right now they are actually giving it away for FREE … You just pay a small shipping fee. Plus they are also they are also donating a portion of the shipping fee to St. Jude's Children's Hospital or Habitat for Humanity – you even get to choose the charity!

My comment about the resurrection being on the first day is exactly what a historian must say. One can't reason from later interpretations of "three days and three nights" when it goes against unanimous and abundant testimony that Jesus rose on Sunday. Every mention of the crucifixion and resurrection in the early Christian writings that gives a time says Friday for his crucifixion and Sunday for his resurrection (well, "first day").

If this was only one comment, then maybe it would be inappropriate to defend a first day resurrection, but when it's repeated and unanimous, then a historian must say that the most likely reason for early Christian belief is that Jesus rose on Sunday.

Some references for you:

The testimony is significant, and it is one-sided. It is for that reason that it is appropriate to say that the reason they said he rose on Sunday is because he almost certainly did, whether or not we understand the "three days and three nights" statement of Scripture.