Quotes about circumcision from throughout Christian History. 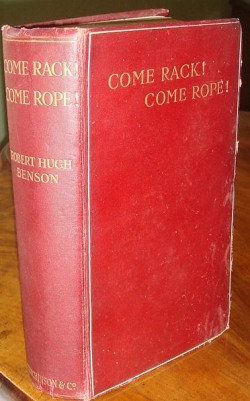 But as to their meticulousness concerning foods, their superstition regarding the Sabbaths, their boasting about circumcision, and their fancies about fasting and the new moons—which are utterly ridiculous and unworthy of notice—I do not think you need to learn anything from me. For … to glory in the circumcision of the flesh as a proof of election, as if on account of it they were especially beloved by God, how is it not a matter of ridicule? (ch. 4)

Is there any other matter, my friends, in which we [Christians] are blamed [by the Jews] than this: that we do not live according to the Law, are not circumcised in the flesh as your forefathers were, and do not observe Sabbaths as you do? (Dialogue with Trypho, a Jew 10)

[Trypho, the Jew, speaking] This is what are most at a loss about. You [Christians], professing yourselves to be godly and supposing yourselves better than others, are not separated from them. You do not alter your way of living from that of the nations in that you observe no festivals or Sabbaths and do not have the right of circumcision. (Dialogue with Trypho, a Jew 10)

"This circumcision is not, however, necessary for all men, but for you alone, in order that, as I have already said, you may suffer these things which you now justly suffer. Nor do we receive that useless baptism of cisterns, for it has nothing to do with this baptism of life. Wherefore also God has announced that you have forsaken Him, the living fountain, and dug for yourselves broken cisterns which can hold no water. Even you, who are the circumcised according to the flesh, have need of our circumcision; but we, having the latter, do not require the former. For if it were necessary, as you suppose, God would not have made Adam uncircumcised, would not have had respect to the gifts of Abel when, being uncircumcised, he offered sacrifice and would not have been pleased with the uncircumcision of Enoch, who was not found, because God had translated him. Lot, being uncircumcised, was saved from Sodom, the angels themselves and the Lord sending him out. Noah was the beginning of our race; yet, uncircumcised, along with his children he went into the ark. Melchizedek, the priest of the Most High, was uncircumcised; to whom also Abraham the first who received circumcision after the flesh, gave tithes, and he blessed him: after whose order God declared, by the mouth of David, that He would establish the everlasting priest. Therefore to you alone this circumcision was necessary, in order that the people may be no people, and the nation no nation; as also Hosea, one of the twelve prophets, declares." (Dialogue with Trypho 19)

The command of circumcision … was a type of the true circumcision, by which we are circumcised from deceit and iniquity through him who rose from the dead on the first day after the Sabbath. (Dialogue with Trypho 41)