Apologetics is the study of the defense of the Christian faith.

Many groups today claim to be apologists. They call themselves "cult watch" groups, and they have assigned themselves the task of defending the "historic Christian faith" from "cults" like the Mormons, the Jehovah's Witnesses, and the Way International.

People get very offended over the word "cult." As a member of Rose Creek Village, the word was used of us often. Usually the deep-down meaning of the word is "I don't understand you, and so you frighten me."

There are three definitions of "cult" in common usage:

I am not calling anyone a "cult" on this page. This page is directed at "cult watch" groups, usually fundamentalist evangelicals, and when I write "cult," always in quotes, I am simply referring to the fact that they call others "cult" while they fall into their own definition of a "cult."

That said, I want to make it clear that I do not believe the Church of Jesus Christ of Latter Day Saints (the Mormons) or the Jehovah's Witnesses have anything to do with the historic Christian faith that this site supports and to which I have given my life. I suppose they would have to agree with this since both organizations accuse the apostles' churches of falling away immediately after the time of the apostles.

Defending the faith is noble and commanded by Scripture …

Contend earnestly for the faith once for all delivered to the saints. (Jude 3)

One question, however, begs to be asked: what was the faith once for all delivered to the saints?

Apologetics and the Historic Christian Faith

There is an objective faith that is historical, was spoken of by Jude, and can be accurately known and described.

Unfortunately, most of those who claim to practice apologetics either don't know or don't care what it is.

I'll just be blunt with you. If you were part of a church that emphasized salvation by faith alone, a born again experience that is separate from baptism, and a baptism that is a symbolic public testimony, would you want to know that none of those doctrines are historic?

None of those doctrines, however, is historic.

There is some difficulty in proving from Scripture and history that the doctrine of sola fide as taught by cult watch groups is not historic, even though anyone familiar with the early church history can plainly see it's not historic.

Baptism, however, is so obvious that it's astonishing anyone can claim that symbolic baptism as a public testimony is historic.

In 1990, I wrote the Christian Research Institute to ask them why they claimed to defend the historic Christian faith but taught symbolic baptism. I told them that if any historic doctrine was obvious, that one was.

They wrote back and, without any references, informed me that their view was historic. In response, I sent them abundant evidence that they were wrong.

They sent me one final letter stating that the historic Christian faith is whatever the Scriptures teach, thus completely undermining the entire basis of their argument against "cults."

The reason for their appeal to the historic Christian faith is to establish what is the correct interpretation of the Scriptures against "cult" interpretations; however, if apologetics groups fail to follow the testimony of history, then how can they oblige JW's or Mormons to follow it?

There is not one Scripture suggesting baptism is symbolic, and almost every Scripture on baptism clearly states it is not just symbolic. The same is true of early church teaching on the subject. In fact, no one teaches a symbolic baptism or separates it from regeneration until at least the 17th century.

Baptism in water and the regeneration experience were clearly tied together in the eyes of all Christians until pietism took hold among the Lutherans. Before that, everyone believed that Jesus was talking about water baptism when he mentioned the new birth in John 3:3-5. Even Titus 3:5, which mentions "the washing of regeneration," was universally understood to refer to water baptism.

In Protestant churches it is common to appeal to the Scriptures apart from the historic witness of any church or any Christians as a source of authority. I do not want to argue that on this page.

On this page, I want to point out that apologetics groups claim to be teaching the historic Christian faith, not just what they believe the Scriptures to teach. They regularly refer to the great creeds and councils of Christianity as a standard of orthodoxy.

Those who are willing to be that confident (I hesitate to say arrogant, although I am certain that is how God sees it) of their Bible interpretation can take a stand against what the Christ's churches have historically believed. But you cannot set the historic Christian faith as a standard for Mormons, Jehovah's Witnesses, and other "cults," when you do not abide by it or believe it yourself! 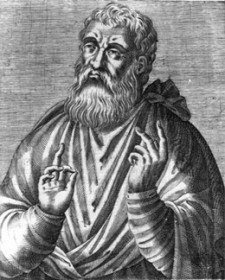 The mid to late 2nd century Christian writers are known as the apologists. All of them appealed to the historic Christian faith.

The earlier apologists, such as Justin, didn't need to bother with researching the historic faith. For him and others of his age, just 50 years after the last apostle died, the historic Christian faith was still just what "we have been taught."

Later apologists, like Irenaeus and Tertullian, stated more precisely that they were leaning on a historic faith:

You shall have from me a very copious refutation of all the heretics, and you shall faithfully and strenuously resist them in defense of the only true and life-giving faith, which the Church has received from the apostles and imparted to her sons. (Irenaeus, Against Heresies III:preface)

We hold communion with the apostolic churches because our doctrine is in no respect different from theirs. This is our witness of truth. (Tertullian, Prescription Against Heretics 21)

I have to point out here that the Roman Catholic Church has corrupted this into a teaching that Christians must follow one particular church and one particular bishop, no matter what he teaches, because God will lead that church into truth. This is not what the early church taught. They taught that the churches of God, formed by the apostles, were witnesses to the teaching that was handed down to the Church.

The apologists referred to this apostolic teaching as the rule of faith or the apostolic tradition. 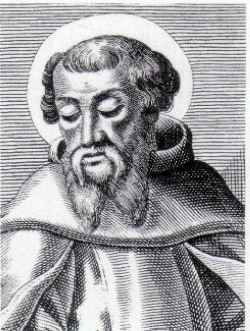 It is not that tradition has more authority or equal authority with Scripture. It is that tradition—if it can be shown to have come from the apostles and been handed down by the Church—judges interpretation of the Scriptures. This is proper apologetics …

With whom lies that very faith to which the Scriptures belong? From what and through whom, and when, and to whom, has been handed down that rule, by which men become Christians? For wherever it shall be manifest that the true Christian rule and faith shall be, there will likewise be the true Scriptures and expositions thereof, and all the Christian traditions. (Tertullian, ibid. 19)

Then, like now, heretics argued that it is the true church that corrupts the Scriptures and their interpretation, not themselves …

It is indeed a necessary consequence that they should go so far as to say that adulterations of the Scriptures, and false expositions thereof, are rather introduced by ourselves, inasmuch as they, no less than we, maintain that truth is on their side. (ibid. 18)

Proper apologetics, then, points to the historic Christian faith. What did the churches of the apostles believe?

That is not as easy to determine today as it was in Tertullian's day. Tertullian could go to a church formed by the apostles and ask what they had taught. He could compare it both with Scripture and the writings of those who had come before him, such as Clement, the Letter of Barnabas, and other writings.

Though it is more difficult today, it is not exceptionally difficult. We have those writings available ourselves. We have Tertullian's writings as well. Eusebius, in his Church History in A.D. 323, preserved many quotes from writings no longer available today.

Those writings are consistent, and they testify to one carefully defined and limited faith that is the faith for which Jude commanded us to earnestly contend.

Apologetics is still needed. There are modern heresies.

At what point have groups like the Jehovah's Witnesses and Mormons wandered from the faith? What about unusual groups that are not usually considered "cults," like the United Pentecostals or the Church of Christ, which divides from all other denominations?

These questions apologetics will answer only through a knowledge of the historic Christian faith as found in the rule of faith.